1. Highlights the significance of diversity, the challenges associated with ongoing disagreements about questions of justice, and the role that justice plays in diverse societies.

2. Demonstrates the value and importance of interdisciplinary research methods in philosophy, politics, and economics for addressing core challenges of the 21st century. 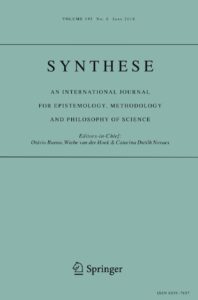 For more than twenty years, Peter Vanderschraaf’s work has combined rigorous game-theoretic analysis, innovative use of (social) scientific method, and normative analysis in the context of the social contract. Vanderschraaf’s work has influenced a significant interdisciplinary field of study and culminated in the publication of his book, Strategic Justice: Convention and Problems of Balancing Divergent Interests (OUP, 2019). Building upon his previous work, Vanderschraaf developed a new theory of justice (justice-as-convention) that, despite a mutual advantage approach, considers the most vulnerable members of society and defends the egalitarian bargaining solution. To advance his theory, Vanderschraaf proposes an account of conventions that updates and systematizes David Lewis’s account of conventions, drawing on contemporary developments in game theory and economics. This topical collection brings together game theorists, philosophers, economists, and political scientists to discuss themes from Vanderschraaf’s work. The collection bridges a gap among disjoint but closely related literatures in game theory, bargaining theory, formal philosophy, rationality, equality, justice, and the social contract in order to advance dialogue among scholars in this rich and growing field of study. 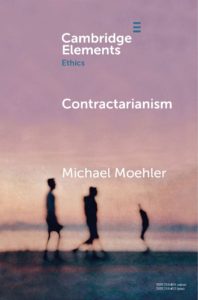 This book provides a systematic defense of moral contractarianism as a distinct approach to the social contract with particular relevance for morally diverse societies. In modern philosophy, the position of moral contractarianism has been advanced most notably by Hobbes (1651), Hampton (1986), Kavka (1986), Gauthier (1969, 1986), and Moehler (2018). This book elucidates, in comparison to moral conventionalism and moral contractualism, the distinct features of moral contractarianism, its scope, and conceptual and practical challenges that concern the relationship between morality and self-interest, the problems of assurance and compliance, rule-following, counterfactualism, and the nexus between morals and politics. In addition, the book offers a qualified defense of the use of formal methods, such as decision theory and game theory, in moral philosophy. The book argues that, if appropriately conceived, moral contractarianism is conceptually coherent, empirically sound, and practically relevant, and has much to offer to contemporary moral philosophy. 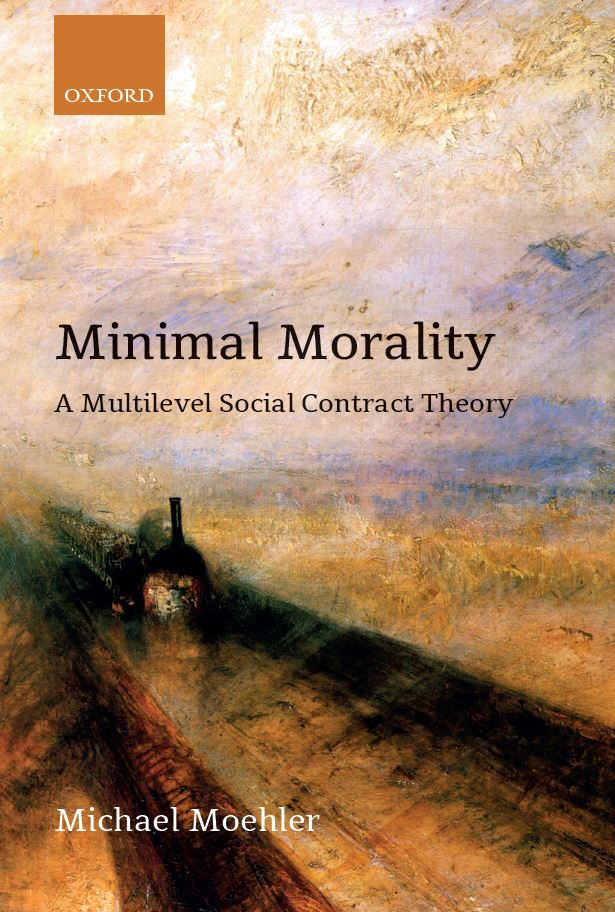 This book develops a novel multilevel social contract theory that, in contrast to existing theories in the liberal tradition, does not merely assume a restricted form of reasonable moral pluralism, but is tailored to the conditions of deeply morally pluralistic societies which may be populated by liberal moral agents, nonliberal moral agents, and, according to the traditional understanding of morality, nonmoral agents alike. The book draws on the history of the social contract tradition, especially the work of Hobbes, Hume, Kant, Rawls, and Gauthier, as well as on the work of some of the critics of this tradition, such as Sen and Gaus. The two-level contractarian theory holds that morality in its best contractarian version for the conditions of deeply morally pluralistic societies entails Humean, Hobbesian, and Kantian moral properties. The theory defines the minimal behavioral restrictions that are necessary to ensure, compared to violent conflict resolution, mutually beneficial peaceful long-term cooperation in deeply morally pluralistic societies. The theory minimizes the problem of compliance for morally diverse societies by maximally respecting the interests of all members of society. Despite its ideal nature, the theory is, in principle, applicable to the real world and, for the conditions described, most promising for securing mutually beneficial peaceful long-term cooperation in a world in which a fully just society, due to moral diversity, is unattainable. If Rawls’ intention was to carry the traditional social contract argument to a higher level of abstraction, then the two-level contractarian theory brings it back down to earth.

1. Introduction
1.1 The Project
1.2 Outline of the Book
1.3 Methodological Considerations

Endorsements.
“The pressing question for today’s social philosophy is the basis of cooperation in our morally fractured societies. Minimal Morality develops a sophisticated Hobbesian-inspired analysis to defend an original and insightful answer. When our differences are so deep that even public reason and traditional social contract theories fail to articulate a justified moral framework, Michael Moehler proposes a ‘minimal morality’ among prudent individuals. This is a wonderful and important book, providing a masterful restatement of rational choice moral theory.” (Gerald Gaus, University of Arizona, book cover)

“Michael Moehler breathes new life into contractarian moral philosophy, enlisting not only Gauthier and Rawls, but borrowing as well from Hobbes, Hume, and Kant. The result is a strikingly innovative social contract theory … There is more that Moehler can do with his innovative two-level moral theory. His excellent book is an invitation to write another.” (Christopher W. Morris, University of Maryland, book cover and Analytic Philosophy)

“In many ways Minimal Morality is, I think, a stunning success. Indeed, I taught it in a graduate seminar at the University of Maryland this past spring semester alongside A Theory of Justice, What We Owe to Each Other, and Morals by Agreement, where I think it plausibly belongs.” (Brian Kogelmann, University of Maryland, Economics and Philosophy)

“One can view Moehler’s Minimal Morality project as providing an important alternative to earlier theories that address the moral pluralism problem, such as Rawls’ (1971) and Scanlon’s (1982) contractualist theories … I think one can view Moehler’s project in a different and equally fruitful way, as presenting a striking new approach to incorporating instrumental rationality in moral theory.” (Peter Vanderschraaf, University of Arizona, Analytic Philosophy)

“To summarize, there is too much morality and the discussion of application is too minimal. That said, this is a tremendous book. It covers considerable ground and takes on the hardest and, to my mind, the most important questions of moral and political thought. If my concerns make it seem like I think Moehler has been unsuccessful in answering these questions, this would only put him [in the] same company as all who have come before him. But, ultimately, I do not think Moehler has been unsuccessful … Moehler’s innovation of multilevel contractualism is a very important development that, I suspect, will be the real, enduring legacy of this work.” (John Thrasher, Chapman University, Analytic Philosophy)

Cooper, Dominick, “The Weak Principle of Universalization and the Vulnerable: Comments on Minimal Morality,” Analysis 79 (2019): 116-128.

The term neoclassical economics delineates a distinct and relatively homogenous school of thought in economic theory that became prominent in the late nineteenth century and that now dominates mainstream economics. The term was originally introduced by Thorstein Veblen to describe developments in the discipline (of which Veblen did not entirely approve) associated with the work of such figures as William Jevons, Carl Menger, and Leon Walras. The ambition of these figures, the first neoclassicists, was to formalize and mathematize the subject in the aftermath of the so-called marginalist revolution. Economics is, according to one definition, the science that studies human behavior as a relationship between ends and scarce means that have alternative uses. Neoclassical economics pursues this study by means of supply and demand models that determine prices based on the subjective preferences of producers and consumers. Neoclassical economics relies on subjective preferences for determining prices in order to escape from the so-called objective value theory of classical economics, according to which the value of goods could be established by reference to some basic commodity (usually corn) or the labor input required to produce a good. Neoclassicists hoped that by jettisoning objective value, economics could be placed on a more scientific basis as an essentially descriptive and predictive theory of human behavior. Political theory, by contrast, involves both positive and normative elements. It is a positive science to the extent to which it aims to describe and predict political behavior. It is a normative science to the extent to which it prescribes how agents should behave in the political arena and what the best political institutions are. Neoclassical economics is relevant to both of these elements.